Fostering a Love for Israel—and Federation 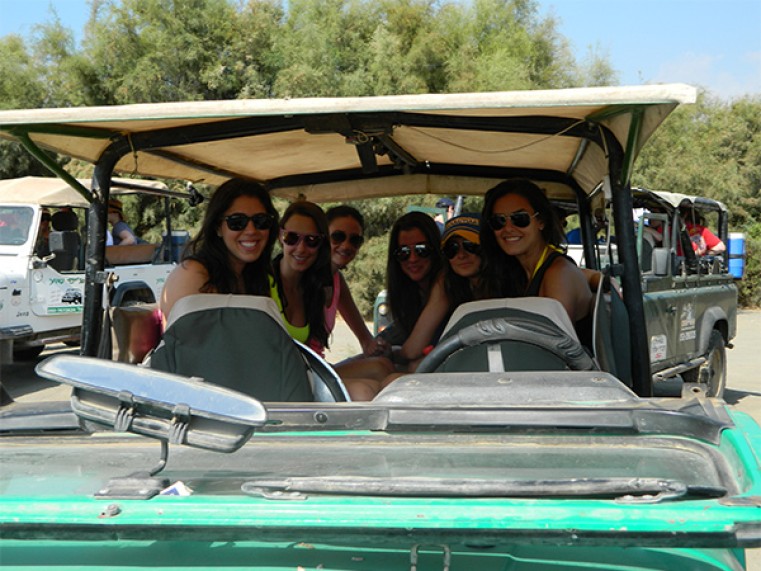 that Birthright has brought to Israel.

Find out about Birthright's impact.

“Federation is in my blood,” says Melanie Baevsky. Her grandmothers and mother chaired Women’s Philanthropy campaigns and her great-uncle chaired a Federation during the 1970s. So when Melanie, a recent college graduate, wanted to visit Israel for the first time, she chose to travel with a group from her city on Taglit-Birthright Israel, funded in part by Federation.

Since its inception in 1999, Taglit-Birthright Israel has sent more than 350,000 young Jews, ages 18-26, from around the world on free, 10-day group trips to the Jewish state. Like Melanie, many of them have never visited the country before. So Birthright plans action-packed itineraries that show off the beauty and history of Israel, from Jerusalem and Tel Aviv to the Golan Heights and the Negev, from kibbutz tours to nights in a Bedouin tent.

“I’ll never forget my first Shabbat in Jerusalem,” Melanie reflects. “Our group walked towards the Western Wall as the sun was setting. We lit candles, said a blessing. Then a Russian tour group nearby began singing ‘Shalom Aleichem’ and we joined together with them. It really underscored to me the universal culture we all share in Judaism.”

Melanie also saw Federation dollars at work during a visit to a technology career training center for Ethiopian-Israelis, where trip participants talked with Ethiopian students about the opportunities and challenges they face. She also visited a Federation-supported rehabilitation center for people with physical disabilities, which has treated everyone from people with polio and cerebral palsy to injured IDF soldiers and victims of terrorist attacks.

Since she returned from Israel, Melanie has become active in her Federation’s Young Leaders Division, and helped plan its yearly signature fundraising event. She also traveled with Federation again, this time on a mission to Cuba. Thanks to the connections she made on those trips, Melanie always has an eager group of friends to invite to Federation events. And she keeps in touch with her new Israeli friends—one even visited her last year.

“Federation’s work is to care for people in need, to inspire passion for Jewish life and learning and to strengthen communities around the world,” she says. “My Birthright trip really inspired my shared commitment to this role.”