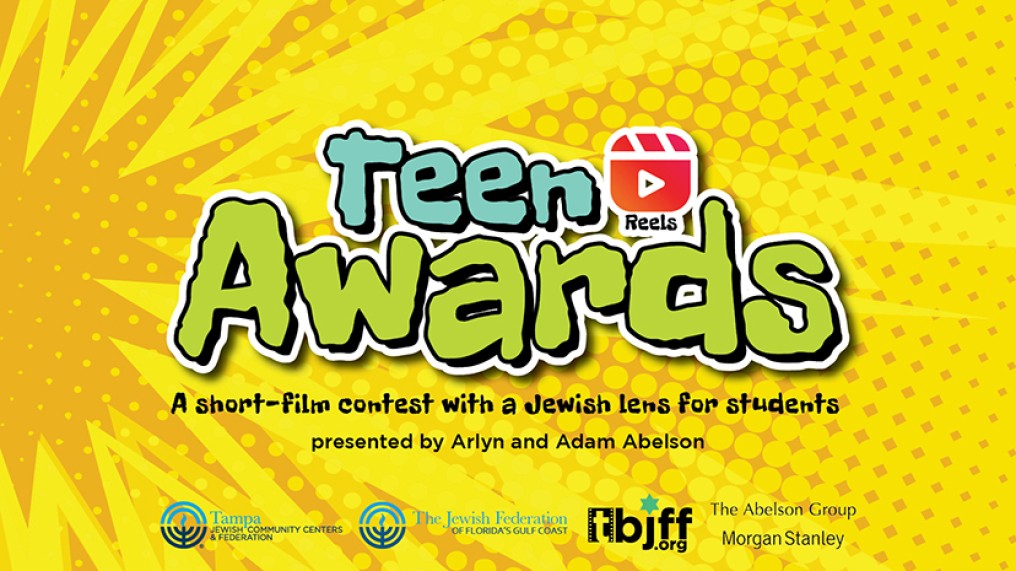 Plus gifts will be awarded to the top 10 films.

A short-film contest with a Jewish lens for students.

Presented by Arlyn and Adam Abelson

Create a short-film that has a Jewish connection which is 1 minute to 15 minutes in length. Submit it via Vimeo or other movie-making format by March 30, 2023. Open to all Hillsborough, Pasco and Pinellas County Middle School and High School students.

The films will be adjudicated by the Tampa Bay Jewish Film Festival Committee and Staff on April 1, 2023. The top ten films will be featured at the Jewish Arts & Culture Mini-Fest in collaboration with the TBJFF on Saturday, April 29.