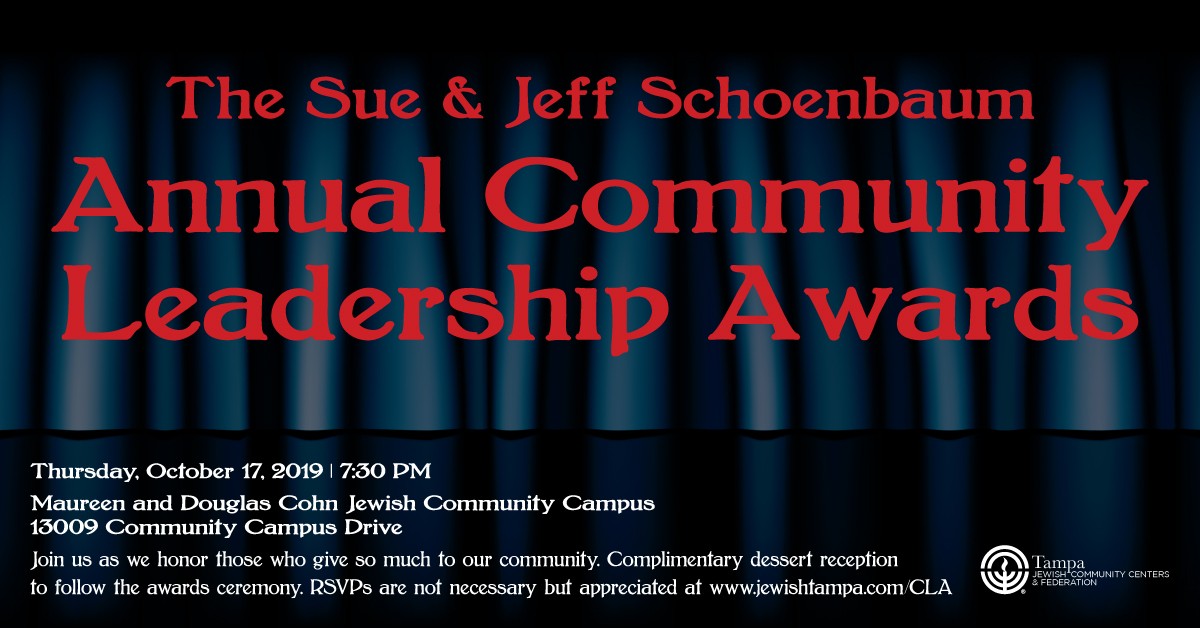 Celebrate Those Most Committed to Bettering our Tampa Jewish Community

This annual event recognizes and honors those who have made a significant impact within the Tampa Jewish Community Centers and Federation and other local Jewish community agencies. Each award is named after a beloved community member that embodies the principles of dedicated leadership, tikkun olam and commitment to enriching the continuity of Jewish life locally and worldwide.

Congratulations to this years recipients!