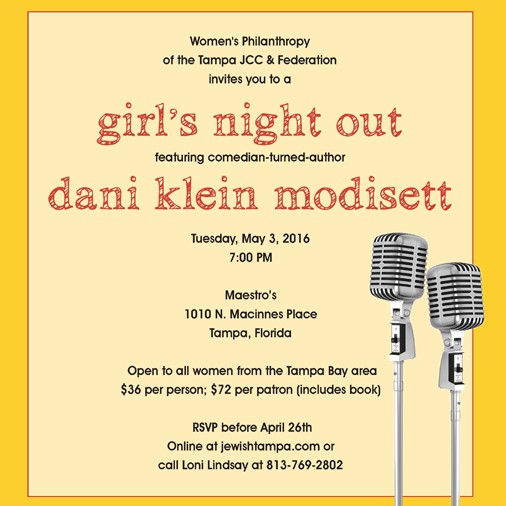 Save the Date: Women's Philanthropy Girl's Night Out

Join Women's Philanthropy for a Girl's Night Out at Maestro's at the Straz Center for the Performing Arts featuring guest speaker Dani Klein Modisett.

A comedian, actress, and author, Dani Klein Modisett's comedy act has toured nationally and her one-woman show was featured at the HBO Aspen Comedy Festival. Her writing has appeared in The New York Times, The Huffington Post, Parents Magazine, and The Los Angeles Times.

Online ticket sales are CLOSED. Tickets will be available at the door.