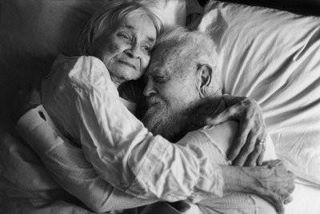 The concept of “death with dignity” is an issue that is gaining momentum in conversations across the country and around the world.   Human rights groups, religious groups and legislatures are talking about it, and there is a growing momentum of groups endorsing the right to choose how we live out our final days. Currently Oregon, Washington, Montana, Vermont and New Mexico authorize aid in dying and several states are considering new legislation. The recent publicity surrounding 29 year old brain cancer patient Brittany Maynard’s decision to die with dignity has spurred growing movements in the legislatures of California, Colorado, Florida, Indiana, Maryland, Minnesota, Missouri, New Hampshire, Nevada, Wisconsin, Wyoming and Pennsylvania.

The Tampa JCC & Federation is known for objectively presenting thought provoking programming without taking a position on the matter -- such as in this case – all the while providing information to get people thinking about the issues of the day.

Three speakers offer their views and insights on the topic of Death with Dignity, followed by a question and answer session.  The speakers include:

Daniel Rutherford Wilson, National and Federal Programs Director for Compassion & Choices.  Mr. Wilson will discuss the organization's work on unwanted medical treatment, including national campaign collaborators, trends and what people can do to help make sure their wishes are honored.

Nurse Barbara Mancini, was arrested and prosecuted for assisted suicide in Pennsylvania for  handing her terminally ill father his morphine. One year after his death, a judge dismissed the case due to “a lack of competent evidence.” Ms. Mancini will speak about her family’s yearlong ordeal and becoming a death with dignity activist.

Rabbi Mendy Dubrowsky will provide the religious perspective.  Rabbi Dubrowski was raised in Tampa and studied at the Hebrew Academy until high school. He then studied in Detroit and Paris, concluding his rabbinic ordination in Brooklyn. He has conducted youth and teen programs in Ukraine, California, and Israel.

Online ticket sales are closed for the March 8th event but tickets will be available at the door.

The Farewell Party is a compassionate dramedy about friendship and knowing when to say goodbye. A group of friends at a Jerusalem retirement home build a machine for self-euthanasia in order to help their terminally ill friend. When rumors of the machine begin to spread, more and more people ask for their help, and the friends are faced with an emotional dilemma. A discussion led by Rabbi Joel Simon follows the film.

The session begins at 3:00 PM at the Sundial Muvico, 151 2nd Avenue North, St. Petersburg, FL 33701. Tickets for the film are $10. A discussion follows. Purchase tickets herel