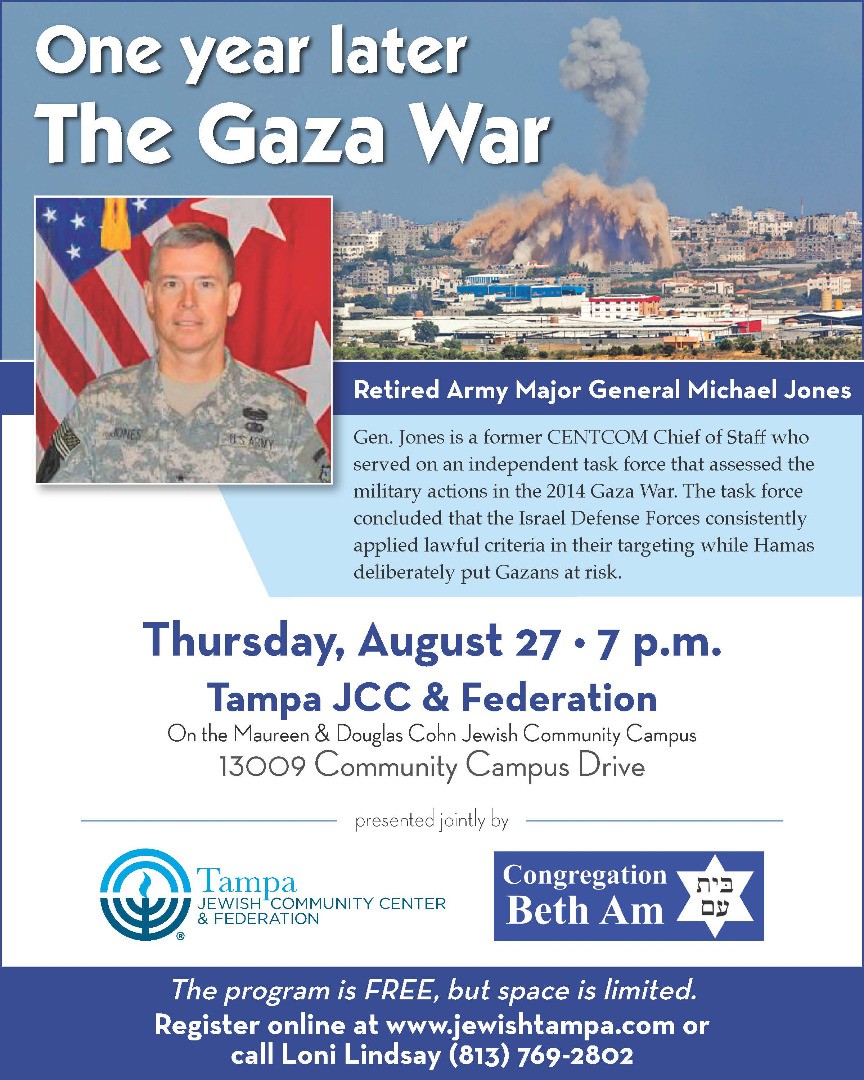 One Year Later: The Gaza War

Gen. Jones is a former CENTCOM Chief of Staff who served on an independent task force that assessed the military actions in the 2014 Gaza War. The task force concluded that the Israel Defense Forces consistently applied lawful criteria in their targeting while Hamas deliberately put Gazans at risk.

Reg­is­tra­tion is closed. This event is sold out. No more seats avail­able.