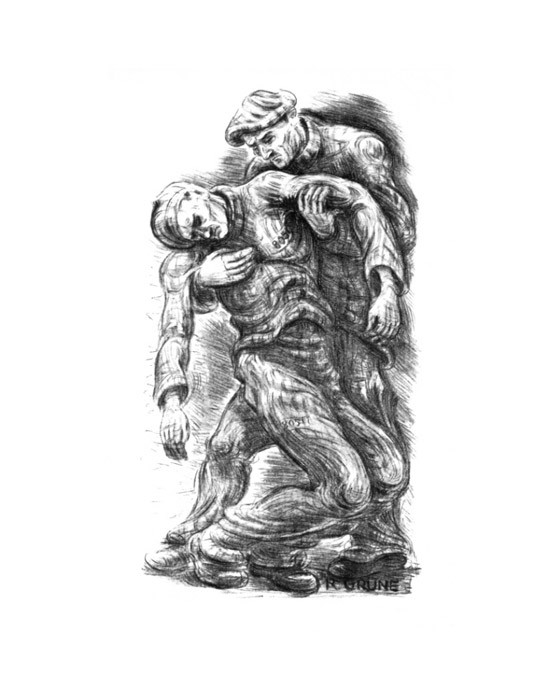 The Florida Holocaust Museum is pleased to present its newest exhibition Nazi Persecution of Homosexuals 1933-1945. Presented by Wells Fargo, this exhibition examines the Nazi regime's attempt to eradicate homosexuality, which left thousands dead and shattered the lives of many more.

Between 1933 and 1945, the Nazi German regime promoted racial health policies that sought to eliminate all sources of biological corruption to its dominant "Aryan" race. Among the groups persecuted as threats to the national health were Germany's homosexual men. Believing them to be carriers of a "degeneracy" that weakened society and hindered population growth, the Nazi state arrested and incarcerated in prisons and concentration camps tens of thousands of German men as a means of terrorizing them into social conformity.

The exhibition opening event will take place on Thursday, May 4th at 6:30 p.m. and is free to members of the Museum and $9 per person for general admission. The Pardoll Family Lecture Series opening reception will include a lecture by Erik Jensen, a specialist in the history of Germany and of gender and sexuality. Jensen is an Associate Professor of History at Miami University in Oxford, Ohio, where he teaches courses in German history and directs the Honors Program. He has written numerous articles about the pink triangle, which was used by the Nazis in concentration camps to identify and shame homosexuals, and on how the Nazis persecuted homosexuals during the Holocaust. Please RSVP by calling 727.820.0100, extension 301.

This exhibition was produced by the United States Holocaust Memorial Museum.