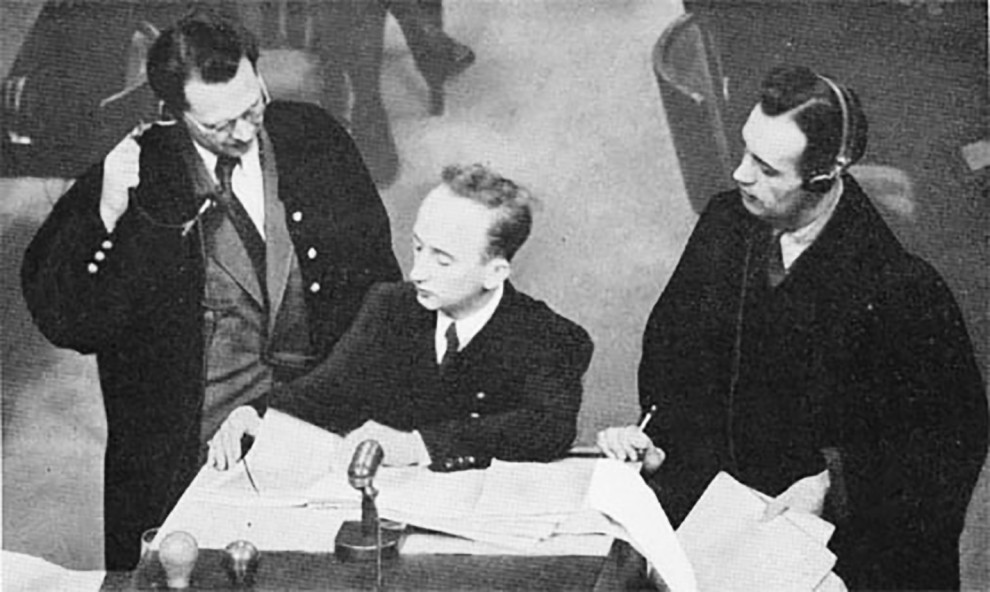 The Florida Holocaust Museum’s Lawyers of Conscience cordially invites the community to attend a special interview with the last living Nuremberg Trial prosecutor, Benjamin Ferencz!  Mr. Ferencz is 97 years old and will be interviewed in his home by our Executive Director Elizabeth Gelman.  This interview will be broadcast live on a large screen via Skype at The Florida Holocaust Museum.

The landmark Nuremberg Trials began November 20, 1945 and established the offenses of crimes against peace, waging a war of aggression, war crimes, and crimes against humanity.

Mr. Benjamin Ferencz served in Patton’s Third Army and became involved with investigating Nazi brutality. He gathered evidence, investigated perpetrators, and interviewed witnesses. After the war, he was asked to return to Nuremberg to serve on the legal staff of Telford Taylor, who along with Chief Counsel Robert H. Jackson, was a principal prosecutor for the Nuremberg Tribunals. After the trials, he became focused on negotiating restitution for Holocaust victims and preventing future genocides. Throughout his life, he has spoken and written extensively about the importance of international law as a means of attaining world peace.

This special program with the last living Nuremberg Trial Prosecutor will take place on December 3rd at 12:30 p.m. at The Florida Holocaust Museum. The event will include refreshments, along with the unique opportunity to hear Benjamin Ferencz speak, via Skype, about the Nuremberg Trials. RSVP by November 15th and you may submit a question you would like the interviewer to ask Mr. Ferencz during the interactive Q&A session! Attendees are invited to stay and tour the Museum after the program.