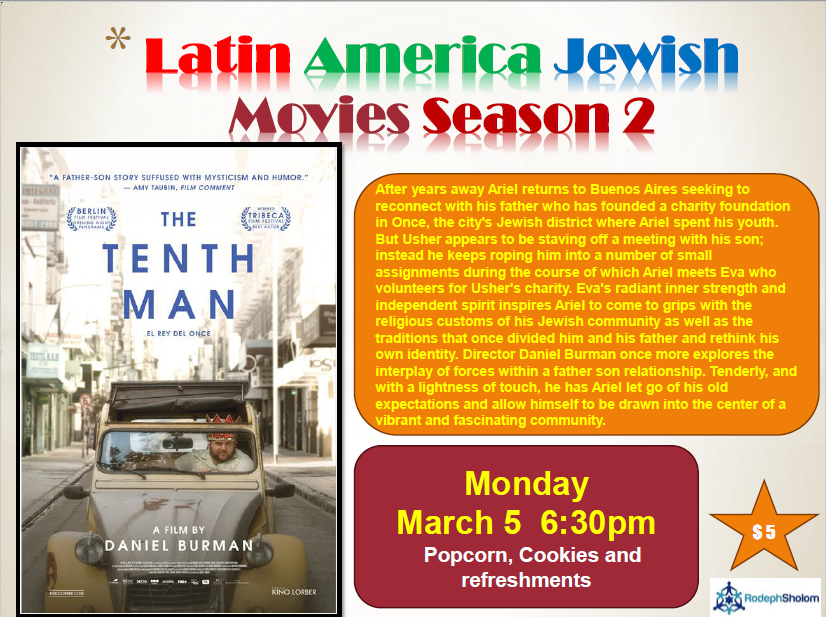 Come and enjoy another great movie from Latin America.

After years away Ariel returns to Buenos Aires seeking to reconnect with his father who has founded a charity foundation in Once, the city's Jewish district where Ariel spent his youth. But Usher appears to be staving off a meeting with his son; instead he keeps roping him into a number of small assignments during the course of which Ariel meets Eva who volunteers for Usher's charity. Eva's radiant inner strength and independent spirit inspires Ariel to come to grips with the religious customs of his Jewish community as well as the traditions that once divided him and his father and rethink his own identity. Director Daniel Burman once more explores the interplay of forces within a father son relationship. Tenderly, and with a lightness of touch, he has Ariel let go of his old expectations and allow himself to be drawn into the center of a vibrant and fascinating community.