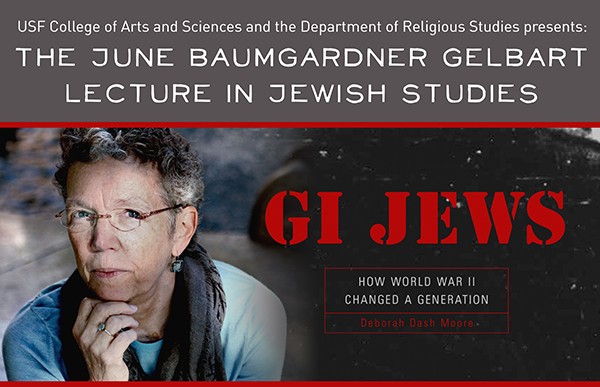 Whether they came from Sioux Falls, S.D., or the Bronx, N.Y., more than 500,000 Jews entered the United States's armed forces during the Second World War. Uprooted from their working- and middle-class neighborhoods, they joined every branch of the military and saw action on all fronts. Moore's lecture will explore issues of identity, prejudice and democracy through the experiences of 15 of these Jewish-American servicemen.

Deborah Dash Moore is the Frederick C. L. Huetwell Professor of History at the University of Michigan, where she also directs the Jean and Samuel Frankel Center for Judaic Studies. She is the author of "To the Golden Cities: Pursuing the American Jewish Dream in Miami and L. A." (1994), "GI Jews: How World War II Changed a Generation" (2004) and "Urban Origins of American Judaism" (2014); a coauthor of "Cityscapes: A History of New York in Images" (2001); and a coeditor of the award-winning "Jewish Women in America: An Historical Encyclopedia" (1997).

This event is free and open to the public. A light reception and book signing will follow.