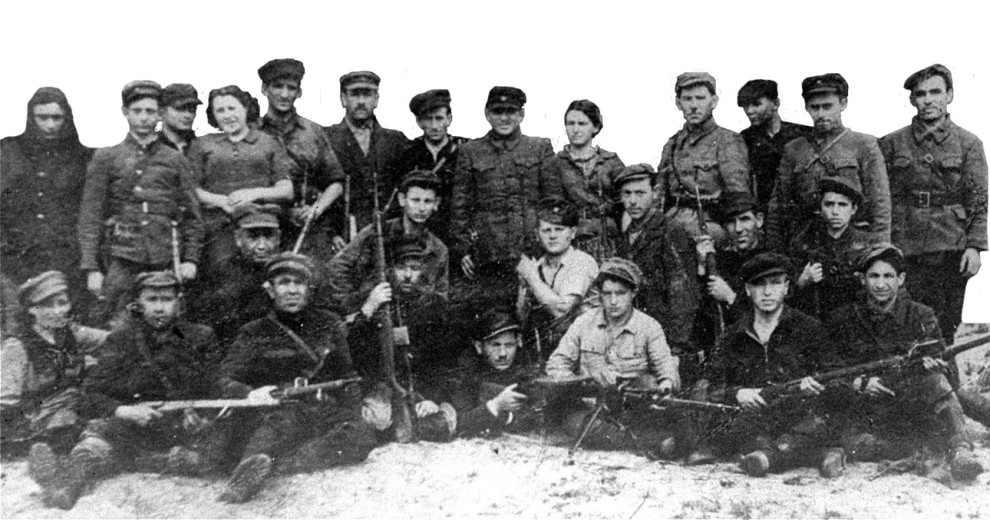 The Florida Holocaust Museum (The FHM) is pleased to present Courage and Compassion: The Legacy of the Bielski Brothers. This original, award-winning exhibition created by The FHM showcases the heroic efforts of three brothers who helped save more than 1,200 people while living in the forest during World War II.

As portrayed in the popular film Defiance, the three brothers, Tuvia, Asael, and Zus Bielski, took refuge from the Nazis in the forests surrounding Novogrudok, Belarus. In the forest, they formed a community of men, women, and children. Through the brothers' leadership, the group survived starvation, harsh winters, and the threat of the Nazis and their collaborators.

The Bielski Brothers Jewish partisan unit or otriad, as known in Russian, was unique. While the great majority of partisan groups in World War II sought to fight the Germans in their midst, the Bielski brothers cared more about preserving the lives of as many Jews as possible than they did about attacking the German forces that occupied Western Belorussia.

For more than two years the brothers commanded their partisan unit in the Belorussian forests. Their acts of rescue during extremely dangerous times stands as a monument to courage and compassion. The Bielski brothers may be called Upstanders, individuals willing to put their own lives in danger on behalf of others. This exhibition tells their story.

This exhibition is presented nationally by Bank of America and on display at The Florida Holocaust Museum from January 14, 2017 through June 18, 2017.