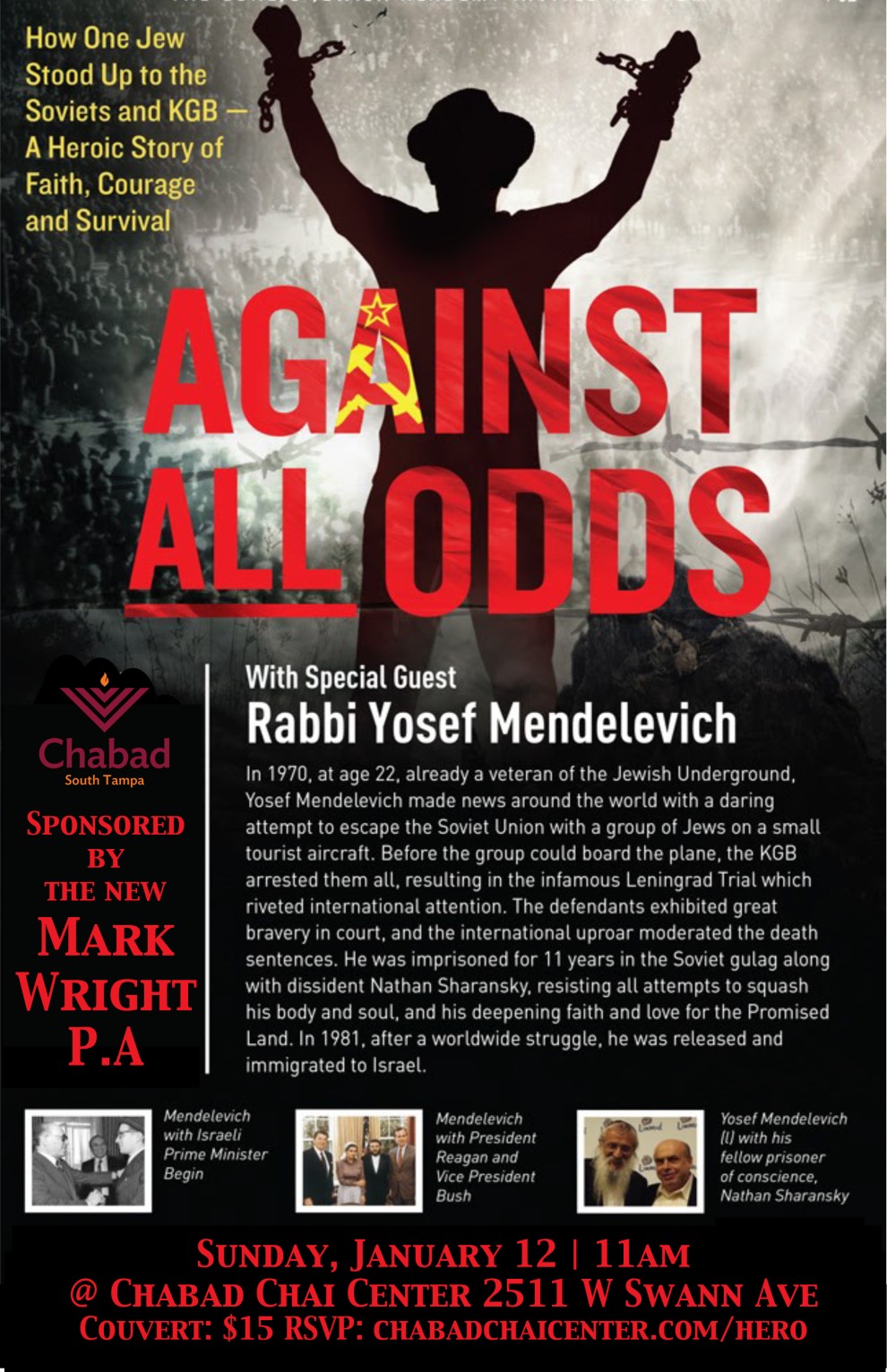 Hear the story of one Jew who stood up to the Soviet Union and the KGB A heroic story of faith, courage, and survival. With Special Guest Rabbi Yosef Mendelevich In 1970, at age 22, already a veteran of the Jewish underground, Yosef Mendelevich made news around the world with a attempt to escape the Soviet Union with a group of Jews on a small tourist aircraft.Before the group could board the plane, the KGB arrested them all, resulting in the infamous Leningrad Trial which riveted international attention. After his death sentence was moderated he still remained in prison for 11 years with dissident Nathan Sharansky, resisting all attempts to squash his body and soul. Couvert: $15 To RSVP: ChabadCHAiCenter.com/Hero