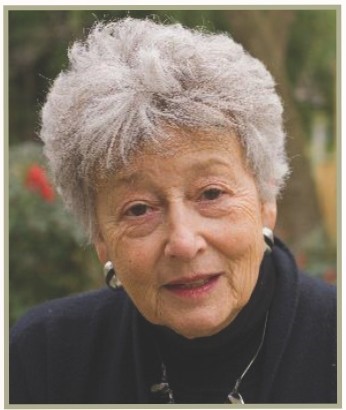 Dr. Ruth Nemzoff is author of Don't Bite Your Tongue: How to Foster Rewarding Relationships with Your Adult Children and Don't Roll Your Eyes: Making In-Laws into Family and is a resident scholar at Brandeis Women's Studies Research Center.
She has given lectures in over 350 venues on emerging adulthood, parenting adult children, empty nest, intermarriage, grandparenting and family dynamics in intergenerational families.
Currently, she is an advice columnist for the American Israelite, as well as a frequent blogger for The Huffington Post and Better After 50. She serves on the boards of Interfaith
Family and Brandeis Women's Studies Research Center.
Her papers are archived at the Schlesinger Library at Harvard University which granted her a doctorate in social policy. She has served three terms in the New Hampshire Legislature and was New Hampshire Deputy Commissioner of Health and Welfare.
She is the mother of four adult children, four in-law children and grandmother of eleven. She lives in Massachusetts with her husband Harris Berman, Dean of Tufts University School of Medicine.
Register Now 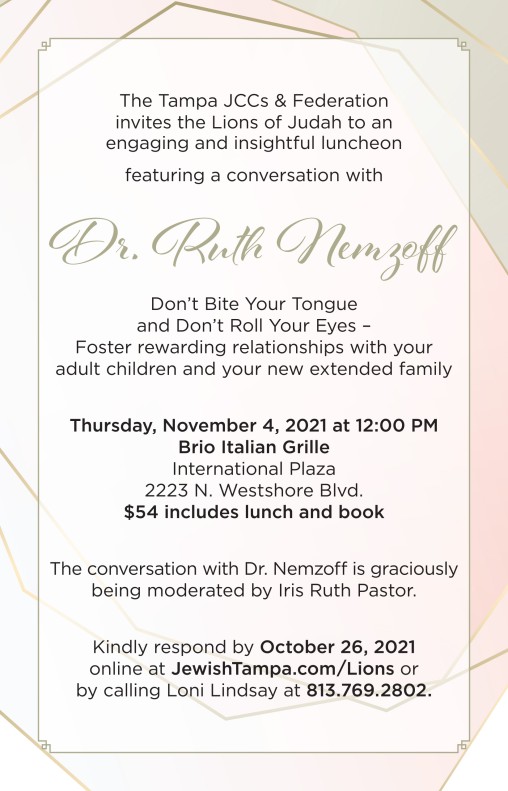 Women’s Philanthropy empowers an individual woman to make a gift in her own name, and represents the fastest growing segment of donors, with contributions comprising approximately one-third of all contributions to the Tampa JCCs Federation’s Annual Campaign. Participation at any level is always appreciated and signifies a woman’s understanding of the essence of being Jewish and the importance of being involved in Federation. 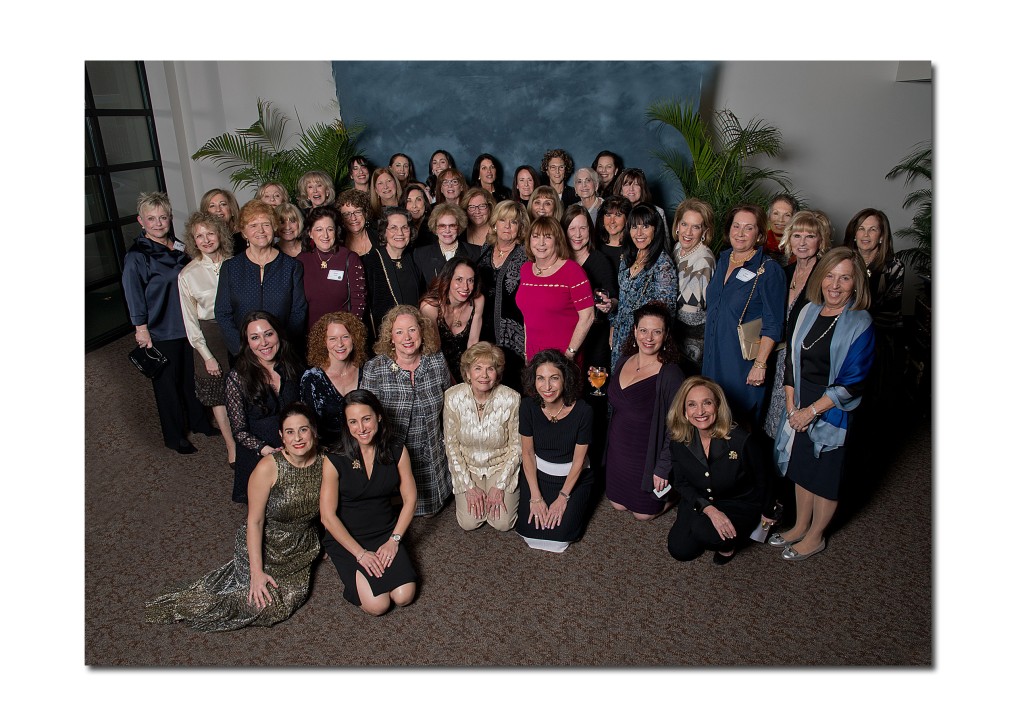 For more information on the various levels of giving, or if you are interested in becoming a Lion of Judah, LOJE, Pomegranate, or Morasha, please contact Alissa Fischel at 813-769-4726 or alissa.fischel@jewishtampa.com.

Please consider being a part of any of the following giving circles:

A meaningful gift of $1,000 in one’s own name to the annual campaign is the start into Women’s Philanthropy and everything we have to offer.  Being a part of Women’s Philanthropy is an affirmation of the power of a woman’s connection to her family, her community and Jewish people around the world.

The Pomegranate pin is a symbol of a woman’s commitment to and compassion for the Jewish people.  It represents the best of what the Federation does – bringing together like-minded donors to do world of good.

Giving members are entitled to wear a beautiful sterling silver pin in the shape of a pomegranate. To qualify for the Pomegranate Pin, women must donate $1,800 or more to the Federation’s Annual Campaign.  The pin in is designed to be used for 10 years.  Each year, the recipient qualifies for an additional “seed” or ruby by adding to her pledge.

The Lion of Judah honors women who contribute $5,000 or more to Federation’s Annual Campaign. The Lion of Judah is a symbol of a Jewish Woman’s strength, a symbol of her caring about the organized Jewish world and a symbol of her financial commitment of at least $5,000 to the Tampa Federation’s Annual Campaign.  Members can participate in local and national conferences designed especially for them. Society members are also entitled to wear a beautiful 14K gold pin in the shape of a lion, as a symbol of their commitment to the worldwide Jewish community.

Lion of Judah Levels of Giving

A COPY OF THE OFFICIAL REGISTRATION (#CH6407) AND FINANCIAL INFORMATION MAY BE OBTAINED FROM THE DIVISION OF CONSUMER SERVICES BY CALLING TOLL-FREE (800-435-7352) WITHIN THE STATE.  REGISTRATION DOES NOT IMPLY ENDORSEMENT, APPROVAL, OR RECOMMENDATION BY THE STATE.