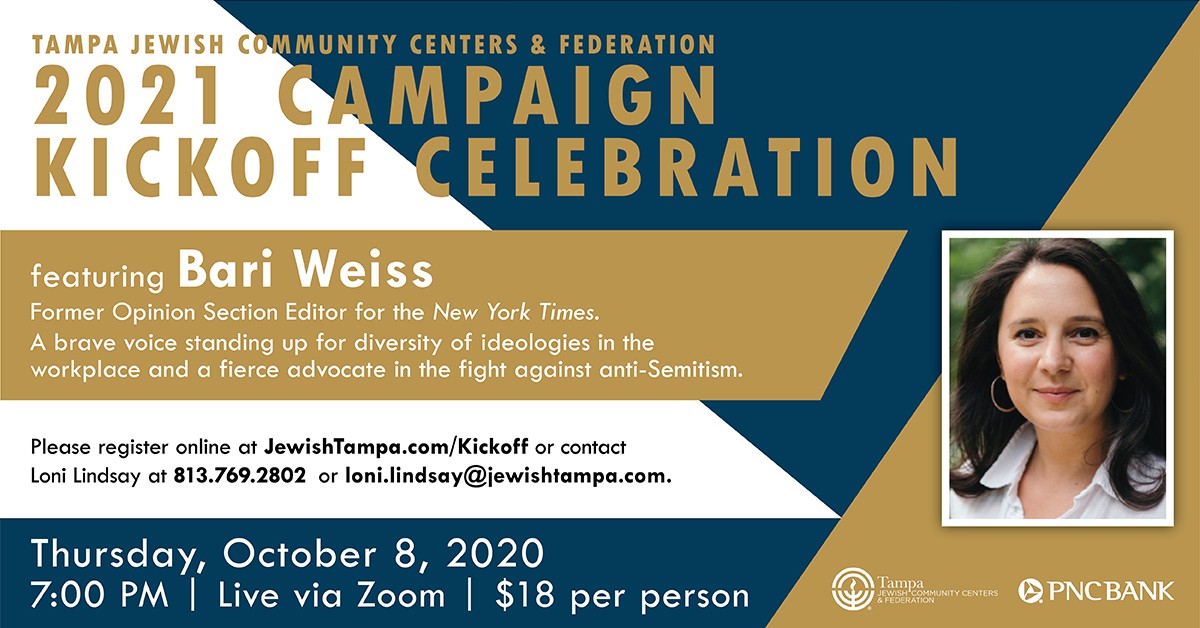 A brave voice standing up for diversity of ideologies in the workplace and a fierce advocate in the fight against anti-Semitism.

Bari  Weiss  is  a  vigorous  activist  and  acclaimed  author  of  the  book How to Fight Anti-Semitism. She is known to be spotted on shows including The View, Morning Joe and Bill Maher and has become a household name following her public resignation as the opinion section editor and staff writer for the New York Times.

Vanity Fair called Weiss a "star opinion writer" and she was named the seventh most Influential Jew in the world by the Jerusalem Post. Prior to her tenure with the Times, she was an op-ed editor at the Wall Street Journal and an associate book review editor and a senior editor at Tablet.

Bari is a Pittsburgh native and a graduate of Columbia University. She is also the winner of the Reason Foundation's 2018 Bastiat Prize, which annually honors writing that "best demonstrates the Importance of freedom with originality, wit and eloquence."

The night will celebrate the conclusion of the 2 for 1 Matching Gift Challenge, generously underwritten by Sue and Jeff Schoenbaum. For every new or increased pledge committed by the conclusion of the Campaign Kickoff Celebration, the Schoenbaum’s will match the amount 2 to 1, up to $250,000, ensuring the resilience of the Tampa Jewish community for generations to come. 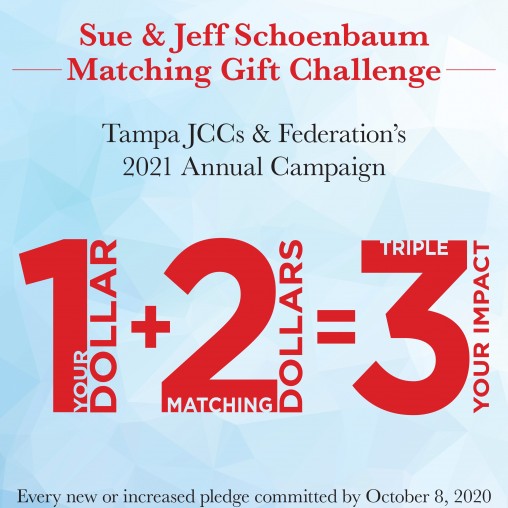 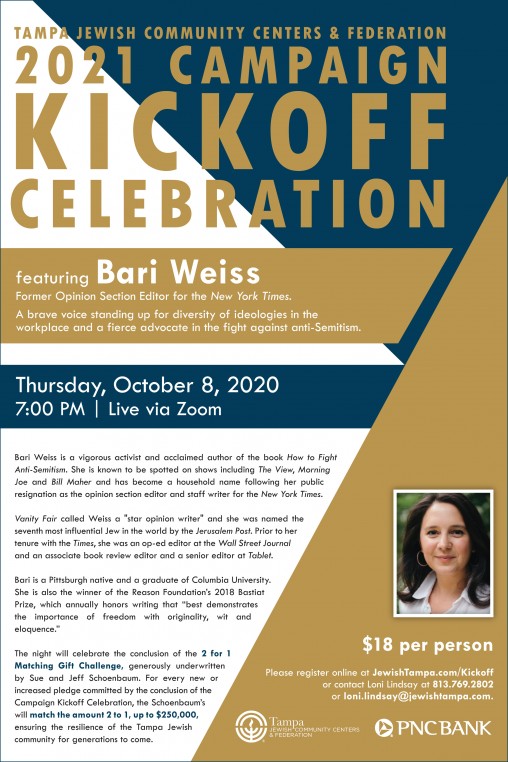 The Campaign Kickoff event officially begins the Annual Campaign of the Tampa Jewish Federation. Our annual campaign raises essential funds to support an abundance of vital programs and services. Through our connection with the Jewish Federations of North America (JFNA), we support a myriad of social services and community building efforts in Israel and 70 countries around the globe.

This Annual Campaign program is open to the community at large and features special guest speakers and a dessert reception follows.